Meeting on Cross-checking of ODS and HCFC Consumption Data 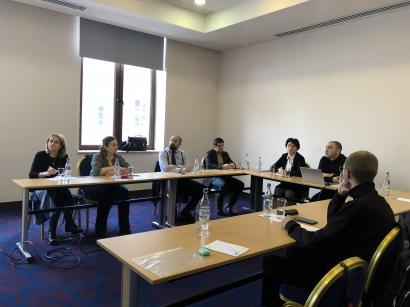 On March 15, 2022, the Ministry of Environment, within the framework of international commitments under the Montreal Protocol, initiated a comparative analysis of the actual imports, exports and transit shipments of ODSs and HFCs, and import and export licenses issued by the Ministry in 2021.

For this purpose, representatives of the Atmospheric Policy Department, Waste and Atmospheric Emissions Management Department of the Ministry of Environment, the State Revenue Committee and NOU experts were invited to the discussion.

During the meeting cross-checking of import and export licenses issued by the Ministry against data provided by the Customs Service was carried out. The data were consistent, except for HFC 134A, where minor deviations due to the fact that HFC regulations came into force on April 18, 2021 only.