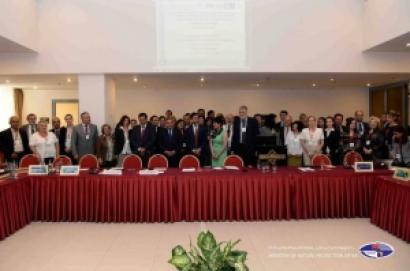 The Annual Meeting of the Regional Ozone Network of Europe and Central Asia (ECA) took place in Yerevan, Armenia on 26-28 May 2015. The meeting is part of the agreed work programme of the ECA network under the Multilateral Fund for the Implementation of the Montreal Protocol which is supporting developing countries to comply with the Montreal Protocol provisions. The meeting was attended by the representative of about 20 network countries and countries with economies in transition.

It took place in the context of the accelerated phase-out of HCFCs which requires developing countries to achieve a 10% reduction of their HCFC consumption and developed countries a 90% reduction in 2015 compared with their respective baselines.

Watch the short video in Armenian.